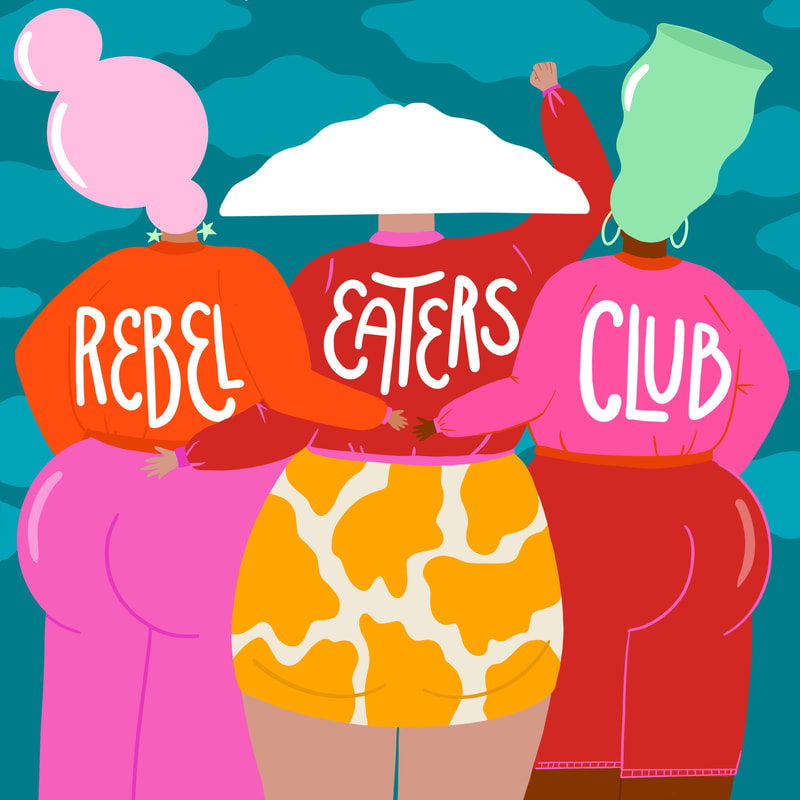 A podcast about breaking up with diet culture. One corn dog at a time.
Season 2 debuts January 2021!
Join us on IG Live on Saturday 10/24/20 for a REC pumpkin decorating party @ 12pm Pacific

Hosted by Virgie, Rebel Eaters Club is a movement disguised as a podcast! Yes, there are merit badges. We even have a hotline.

Season 1 launched in February 2020, featuring interviews with Soleil Ho, the food critic at the San Francisco Chronicle and former host of the podcast Racist Sandwich, Chef Fresh, a farmer and chef focused on creating access to land, Shay Neary, the first trans plus-size model to land a major campaign, Mia Feuer, a sculptor and professor, Dr. Deb Burgard, an eating disorder specialist and psychologist, and Bayley Van, an eating disorder survivor and proud member of #TeamTrauma.

You can listen to all of Season 1 now on Apple, Spotify or Stitcher - this includes two bonus episodes! One is an interview with Caleb Luna (aka @chairbreaker on Instagram) done during a live taping in San Francisco, and in the other I answer listener questions from our voicemail-box. Season 2 is out January 2021.

Rebel Eaters Club is the first original production from New York-based Transmitter Media - the brains behind such shows as Finding Fred and The Barneys Podcast. They've collaborated with ESPN, New York Magazine, and the New York Times.
Powered by